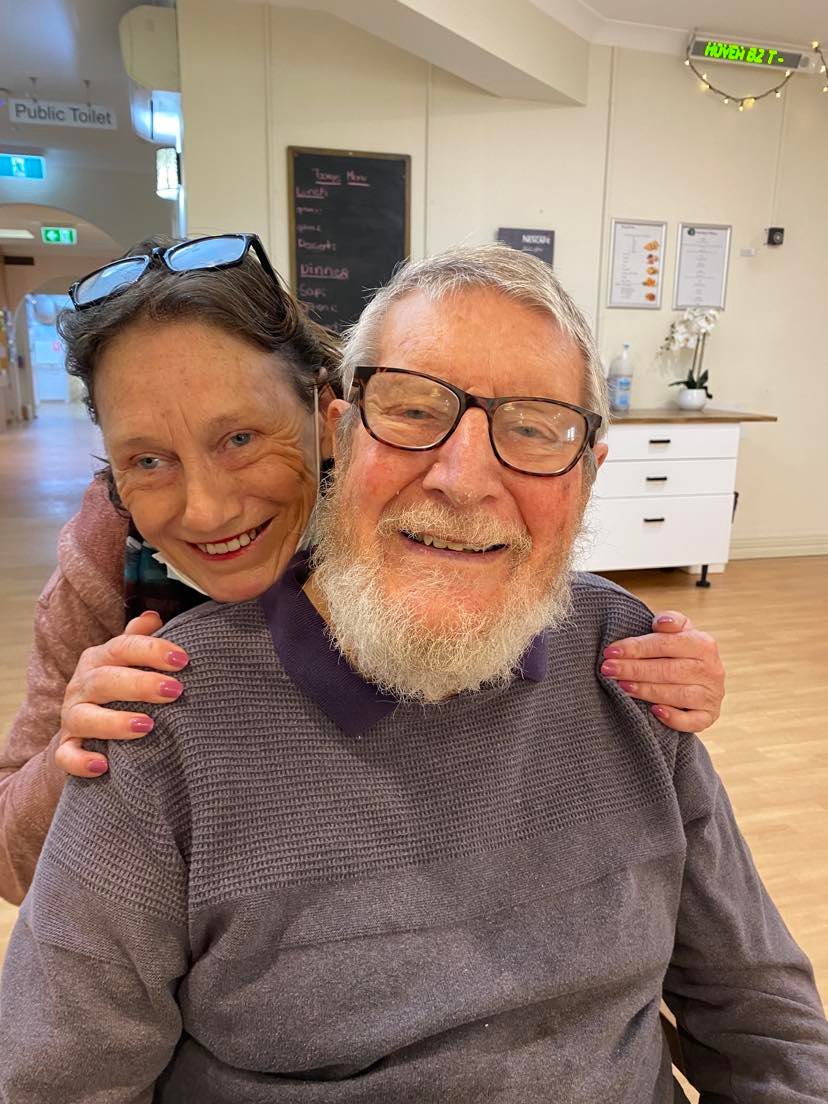 It was around four years ago when, as a fairly new Community Visit Scheme (CVS) volunteer, I first met Peter and Barbara Wellock in their home. Initially, my role was to simply help Barbara and Peter negotiate the new territory of his dementia but it gradually became apparent that Barbara was also suffering some significant confusion.

At the outset, CVS 'matched' me with Peter because he and I had a lot in common. We had both lived in PNG, we both had PhDs in areas of study that included the welfare of people who were marginalised, and we both had suffered the grief of losing a family member. Peter and Barbara had lost their daughter many years prior whereas I had recently lost my husband. There was a lot of mutual empathy and understanding.

Peter's thesis was about missionary activity in Figi in the last century and, for most of my first visits, after Barbara died, I read back to him the most interesting bits of his thesis and he would say, "Who wrote that?"  'You' I would say and Peter would look bemused.

By intentional accident, I eventually met Peter's and Barbara's eldest daughter, Katherine. It was my day to visit and there was this lovely blonde gal in the kitchen making a cake. Kathy later told me she was checking me out in regard to my attitude to her parents and we are now good friends.

The Rev is now in care and doing well. I have so much more to say about this incredible couple but I shall leave that for another time.

For more information on the Community Visitor Scheme and to volunteer please go here: https://www.bdvolunteers.org.au/for-volunteers/search/results.html#/opportunity/42121